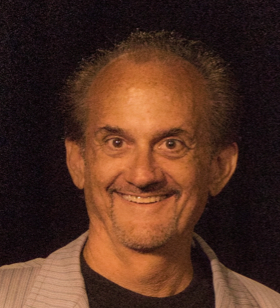 is a creator of original illusions. Honors for his innovative ideas and performing style include the World Championship of Close-up Magic at the 1988 FISM convention in Holland. Joe has been awarded first place three times in world competition including FISM which is known as the Olympics of Magic.

He is only the third person in history to receive the Gold Cups International Award of Excellence from the International Brotherhood of Magicians.

As worldwide lecturer on the art of creating and performing illusion, Joe has written for many publications, and made numerous appearances on international television, including England’s “The Best of Magic”, and “The World’s Supermagicians” in Japan.

He has designed custom illusions for major corporations – IBM, Xerox, Apple, AT&T, Pepsi, etc; his creativity has been sought by performers such as David Copperfield, David Blaine, Guns & Roses, as well as Alice Cooper’s “Brutal Planet” and Six Flags Amusement Parks. He is a consultant to many professional performers and coaches a select few in private sessions. He and partner Carol run Wizard Camp at their “Theatre of Dreams” instructing ages 7 – 70 to rave reviews.

Joe has lectured for magicians world-wide and toured as the lead character in Dream Masterz Theatrical Illusion show.

Joe and his partner, Carol Massie opened the Theatre of Dreams in Castle Rock, CO in April of 2003 and have received enormous accolades from the worldwide magic community for their contribution to the art of magic!  They were featured in a 4 page article in the June, 2015 issue of MAGIC Magazine, the largest publication for magicians in the world.

Who few names we have worked with